The doorway of this beautiful church features Eve on the left-hand side, on the right of the picture below,
with her hands in the Venus Anadyomene position.
On the left is a theriomorph very like those found on Pictish and Irish pillars and crosses.
The serpent coils around the tree and lunges forward to her breast (or to the apple which she is holding).
Note the bunch of grapes at the bottom left. 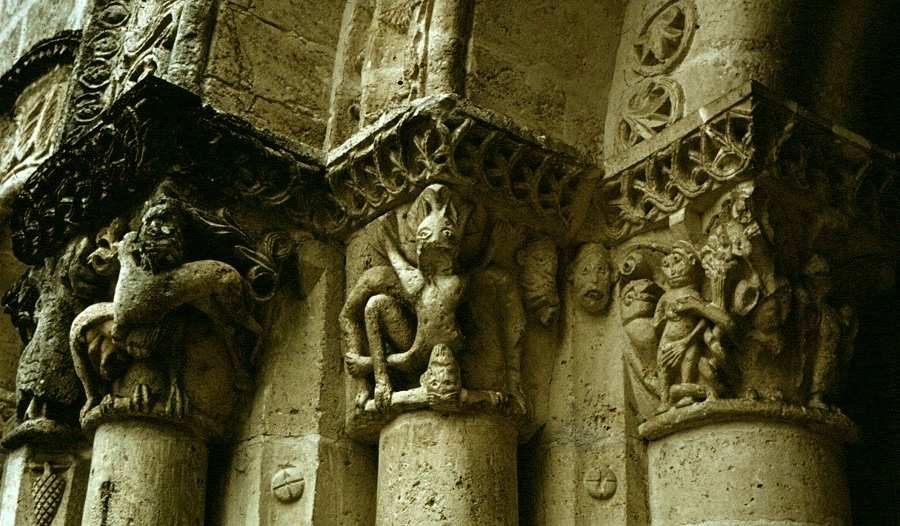 Bearded Adam is to the right of the tree - damaged as well as worn.
Possibly he was exhibitionist, and possibly also the upside-down male-looking figure in the centre of the photograph
whose groin is being devoured.
On the extreme right of the photograph is a winged figure which is probably one of the Cherubim
guarding Eden. 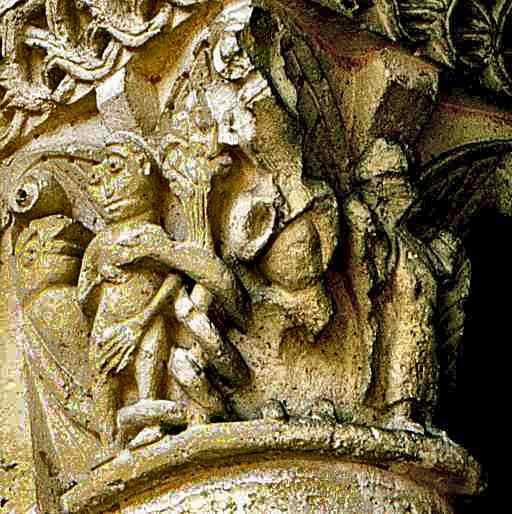 On the other side of the doorway is a figure which defies description
though - obviously - it has something to do with sin, licentiousnes and lust. 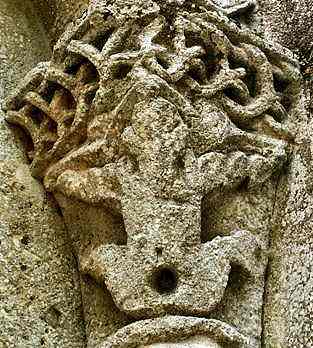