It would be surprising, however, if there was none at the magnificent cathedral and shrine of St James the Greater.
It is not surprising, therefore, that the Porta de la Gloria features this fine example of Luxuria suckling snakes. 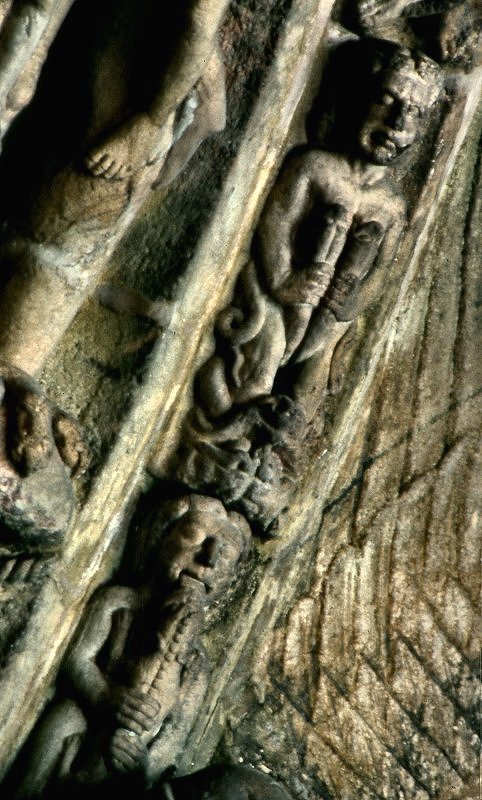 Compare the lower figure with one two thousand miles Northeast, at Trondheim in Norway,
carved only a little later. 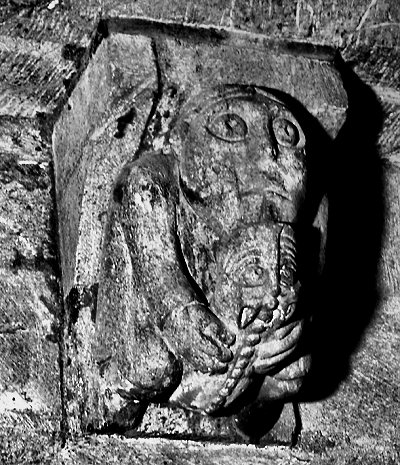 This tongue-sticking, porcine megaphallic male exhibitionist on the corbel-table above the Porta de las Platerías
was (like the Trondheim figure above) photographed by Kjartan Hauglid. 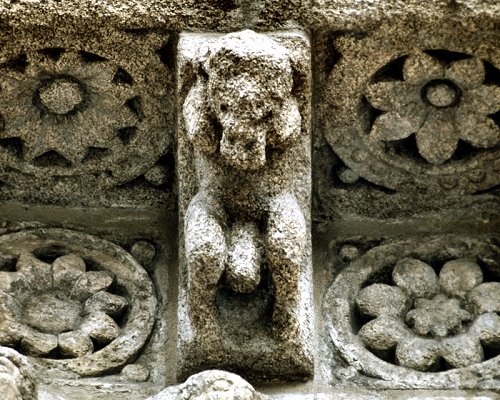 
Photographed here by John Billingsley, the Pilgrims' Museum in Santiago features a 12th century male anal-exhibitionist beast
amongst its corbels, and a gargoyle/waterspout inserted into the wall of a building which was rebuilt in the 14th century. 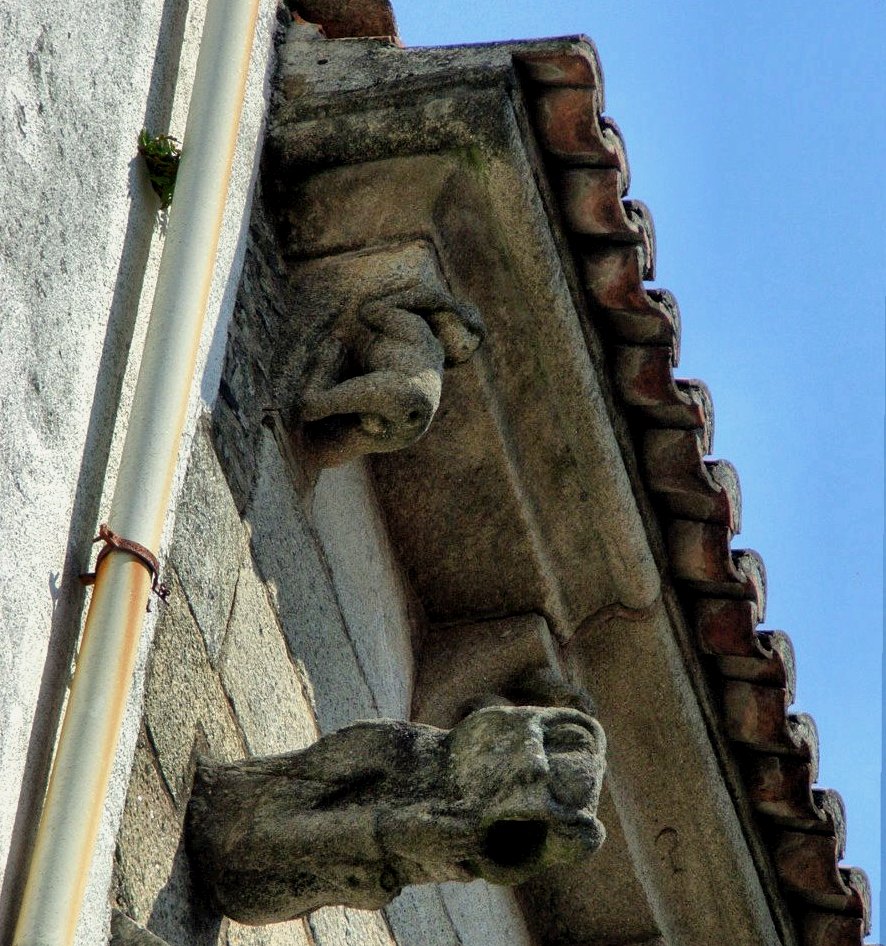 South-west of Santiago is the former Cluniac Benedictine monastery of Jubia, which has a fine granite chevet or apse... 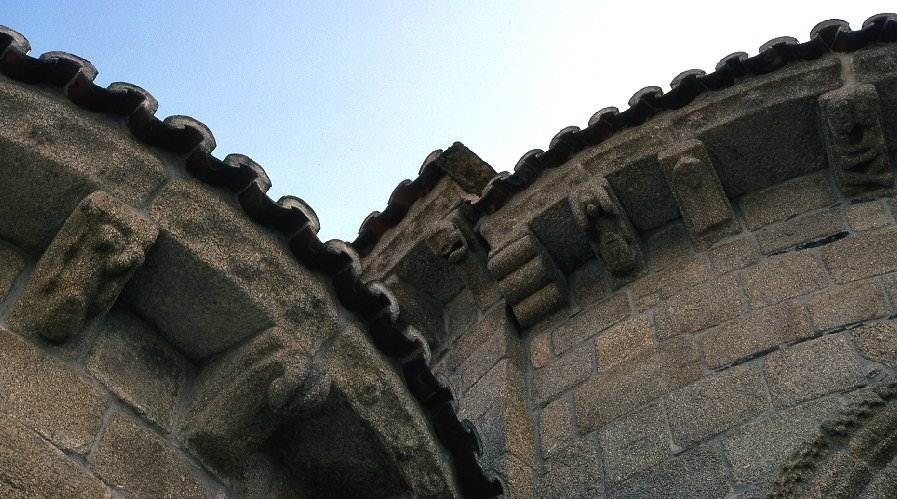 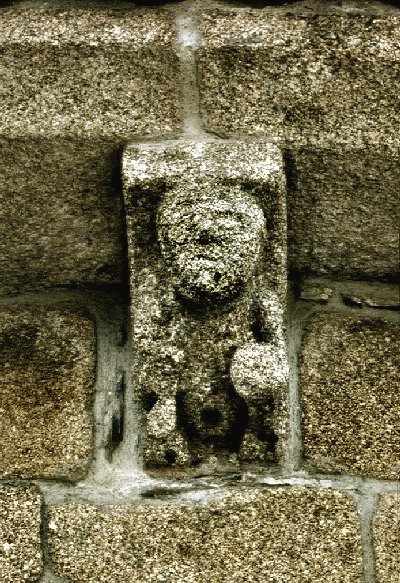 The same sculptor(s) also worked on the nearby church at Mens. 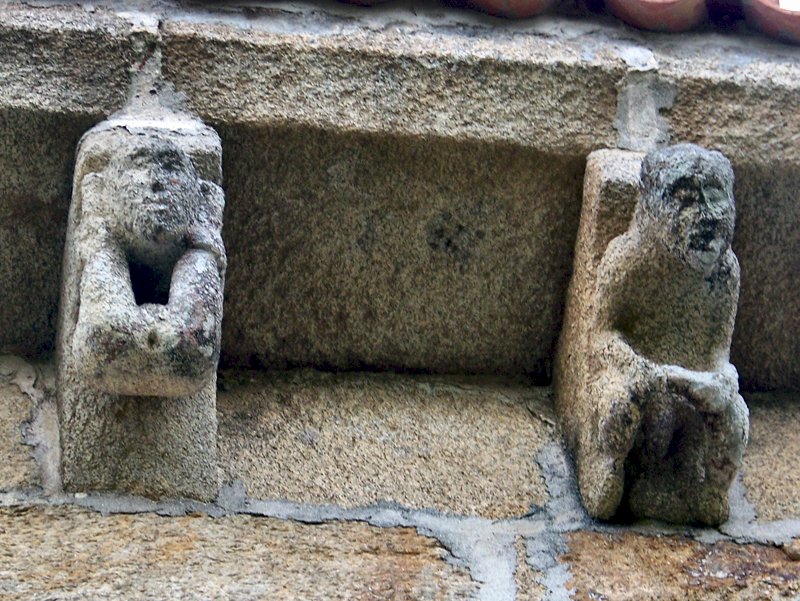