Luxuria is here represented by a Mermaid holding up her feet in an acrobatic posture, while she suckles serpents. 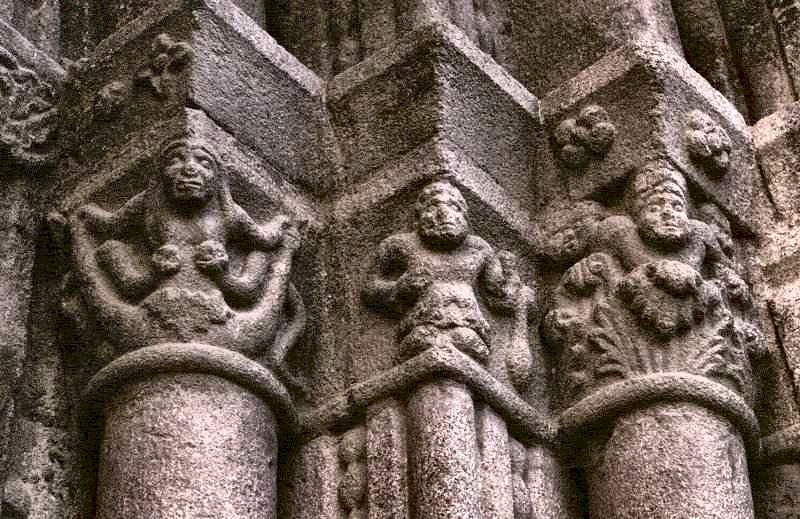 The figures of seductive mermaids, as well as those of Luxury, are usually devoid of expression,
although recognisable by their naked breasts and emphasised hair or tresses (hairpieces in silk casings).
It is possible that the image carries deep with in it an echo of the seductive Bathsheba
naked in her tub of water, who so engendered the transgressive lust of David.
In addition, Luxury is characterised by the depiction of her punishment:
snakes, (and sometimes tortoises and toads) assail her breasts or groin.

On another Spanish church, in Zamora, a mermaid is strikingly exhibitionist. >

The closeness of the motifs of Luxuria and Mermaids is further illustrated by two sides of the same capital
in the Burgundian church of Perrecy-les-Forges. 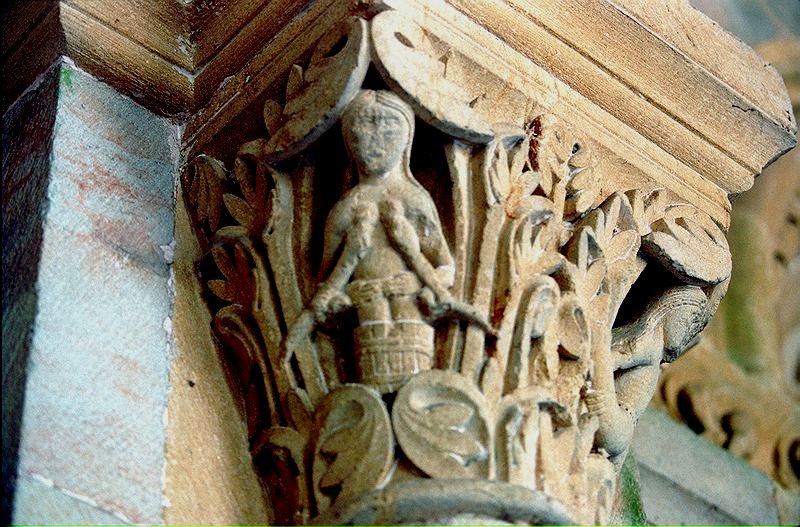 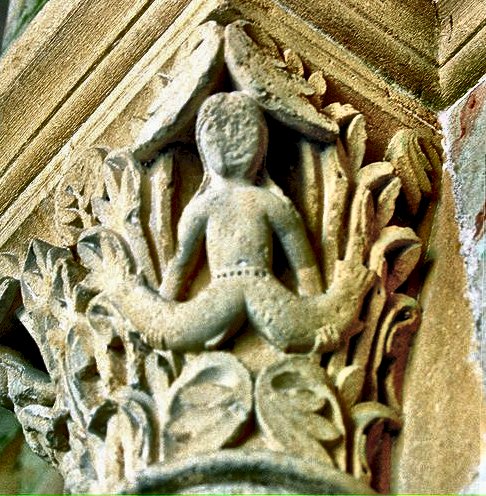 Note the affronted birds on her head.

An impressive male exhibitionist acrobat in the same position can be seen on a church in Corsica.> 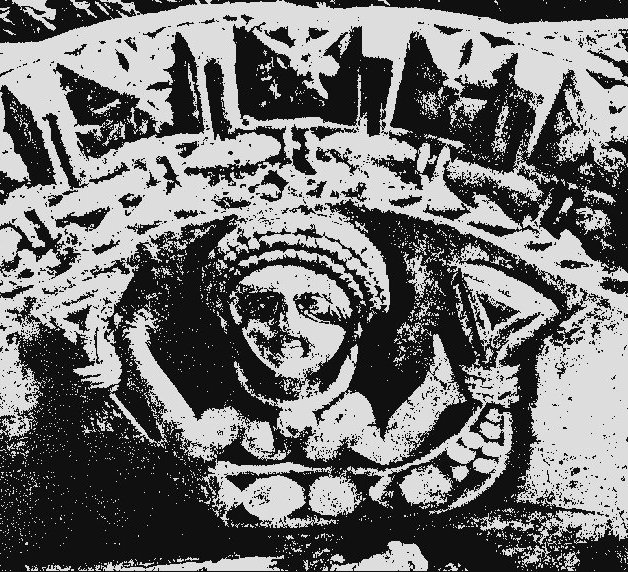 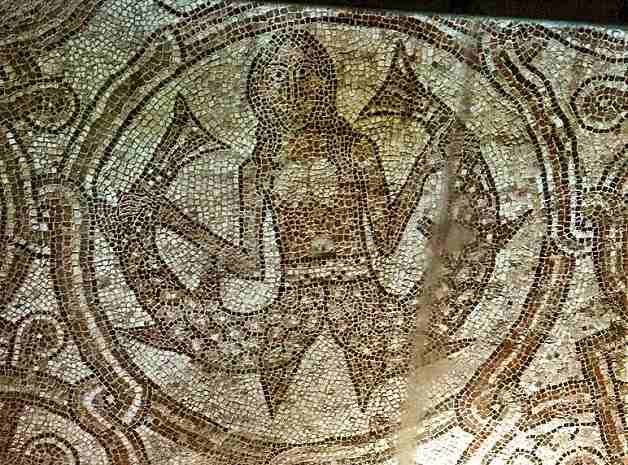 Click to see the male exhibitionist apes in the abbey cloister of La Seu d'Urgell. >