Part of the famous frieze recently restored on Lincoln Cathedral, with Hell symbolised as a beast (head at 90°)
with open jaws swallowing the damned. 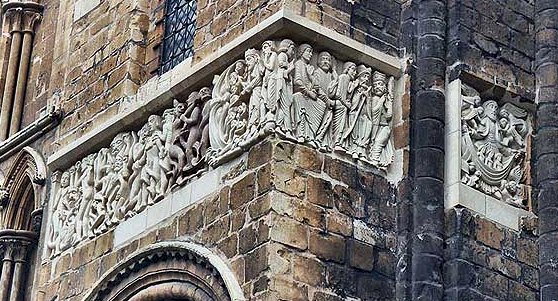 Compare with another famous example at Vézelay (Yonne), also featuring the Weighing of the Souls. 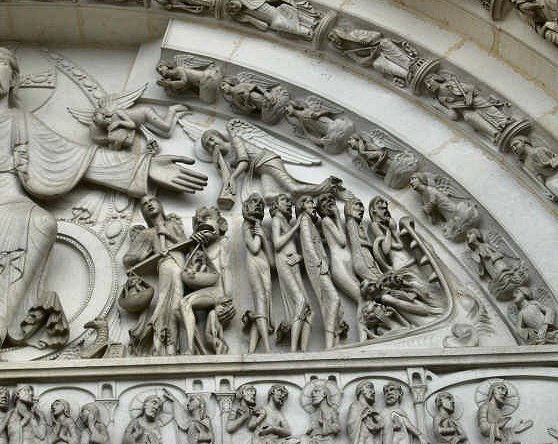 By the time the West Front of Notre-Dame de Paris was sculpted, prudery had set in (all the damned are clothed)
and the Jaws of Hell had disappeared. 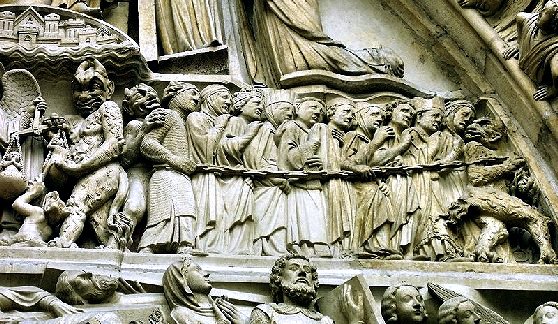 On the Lincoln frieze, however, Jesus is present, for, according to the Gospel, he descended into Hell,
which event is known as the Harrowing of Hell.
He is shown wearing a crown and standing on the bound body of the conquered Satan. 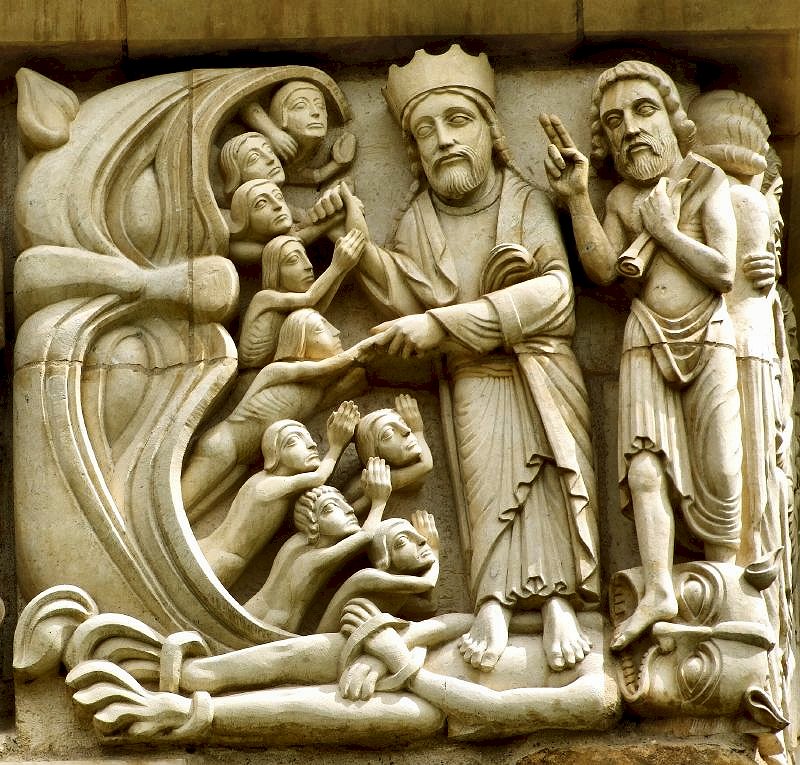 On another part of the frieze are the sins of Luxury - note the gold rings and the very expensive pet dragons.
On the right is not sodomy in the modern sense, but one of the Sins against Nature:
in this case the Greek affection of a bearded man for a beardless youth. 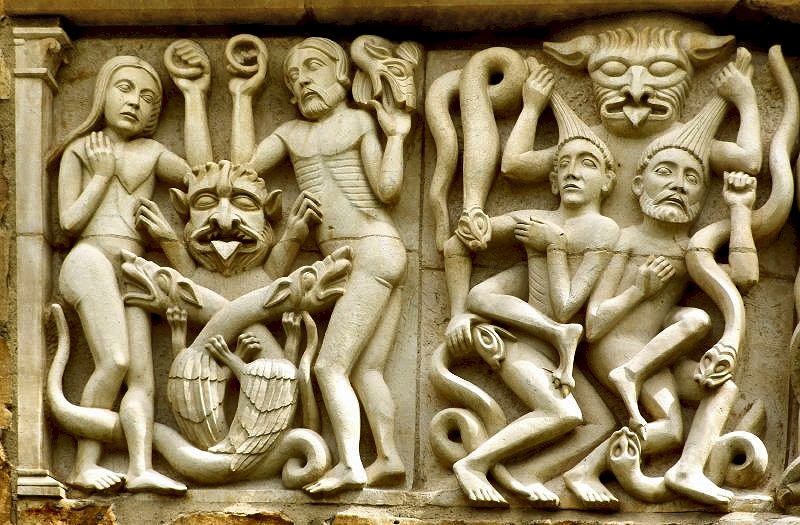 On the W door, a rich woman wearing pearls is handing a box (containing jewels ?)
to a rich man with a satchel, who may be a moneylender or a tax-collector.

The tympanum of a later doorway on the SE side of the cathedral, known as The Judgement Porch
features Christ as Judge within a Mandorla and, below his feet, the jaws of Hell.

Detail of the above, showing the shaggy Wild Man or Wodehouse with erect penis,
whose glans is a human face. 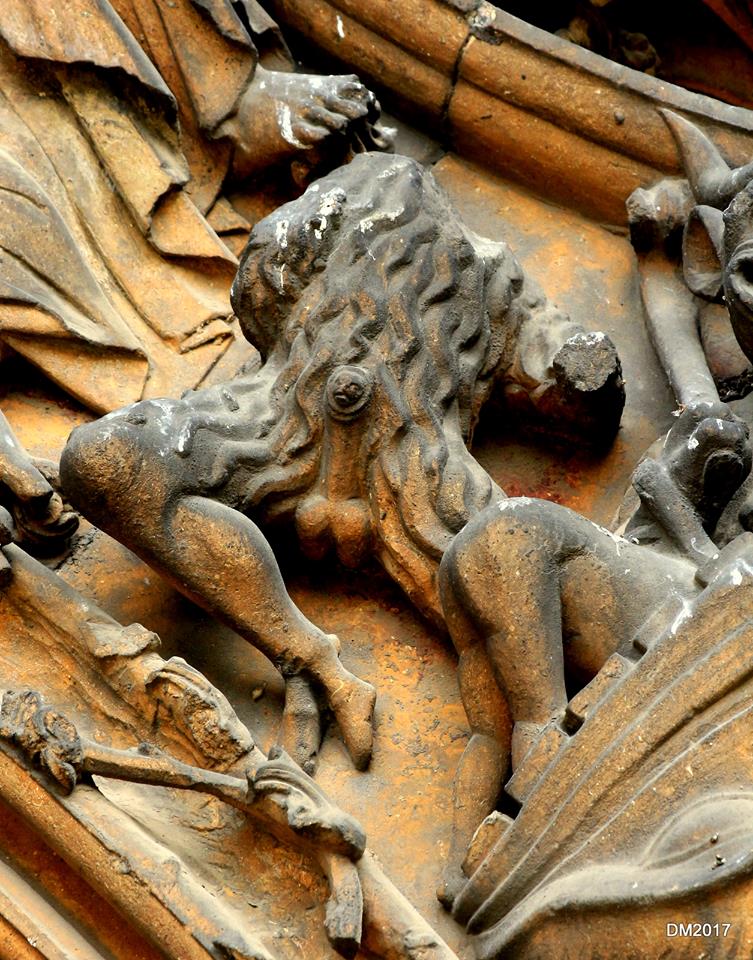