The apse or chevet is the only remaining 12th century part of the church of Saint-Jean-Baptiste & Saint-Saturnin
and is a fairly typical example:
typical in its design and in the good rather than superb quality of its sculpture,
and typical also in the strangeness of some of the corbels.

It has an absidiole on the S side. 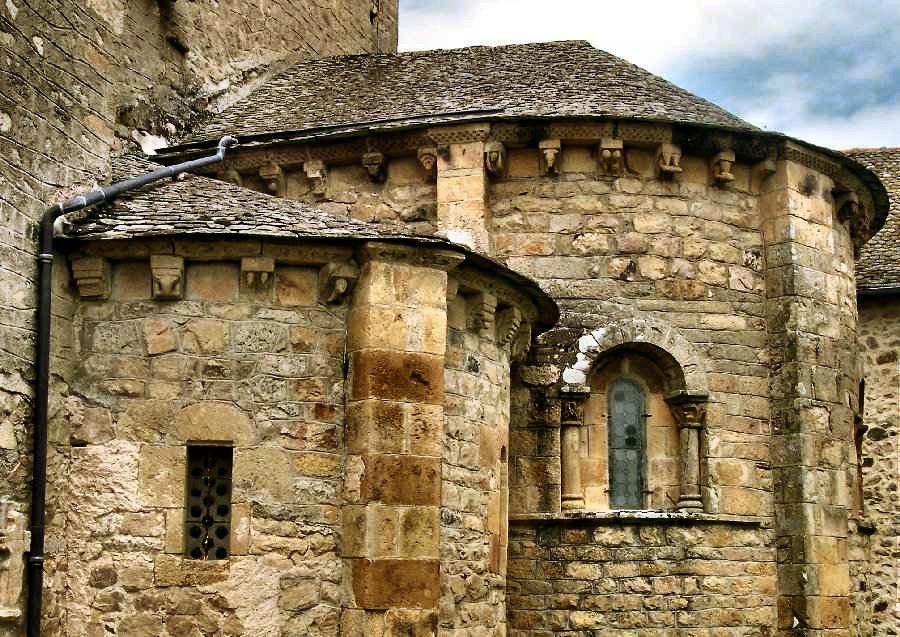 Two views of the chevet or apse from the S. The modern windows look good from the outside at least. 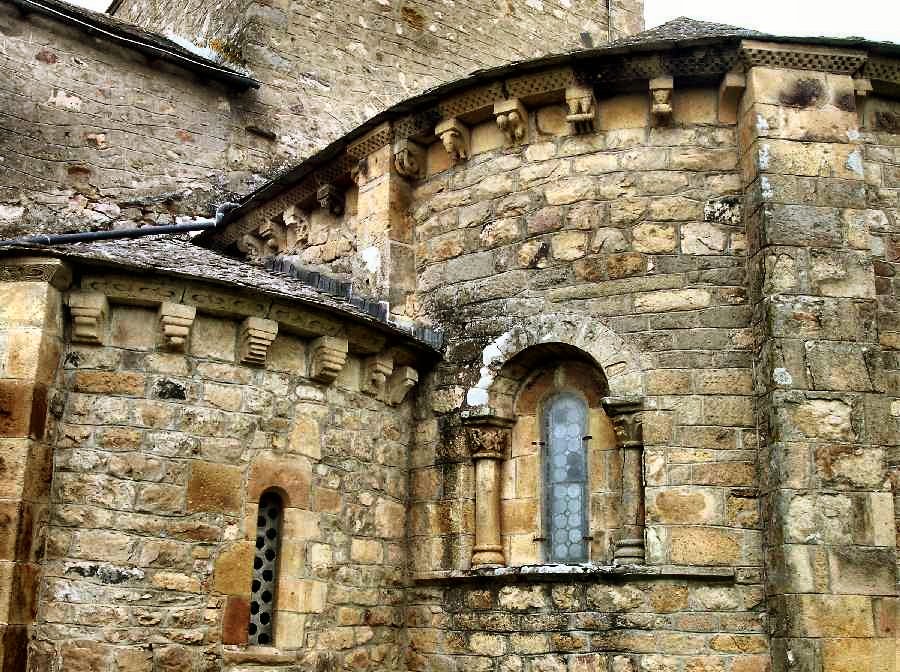 A closer view. It is not unusual for corbels to be left blank. 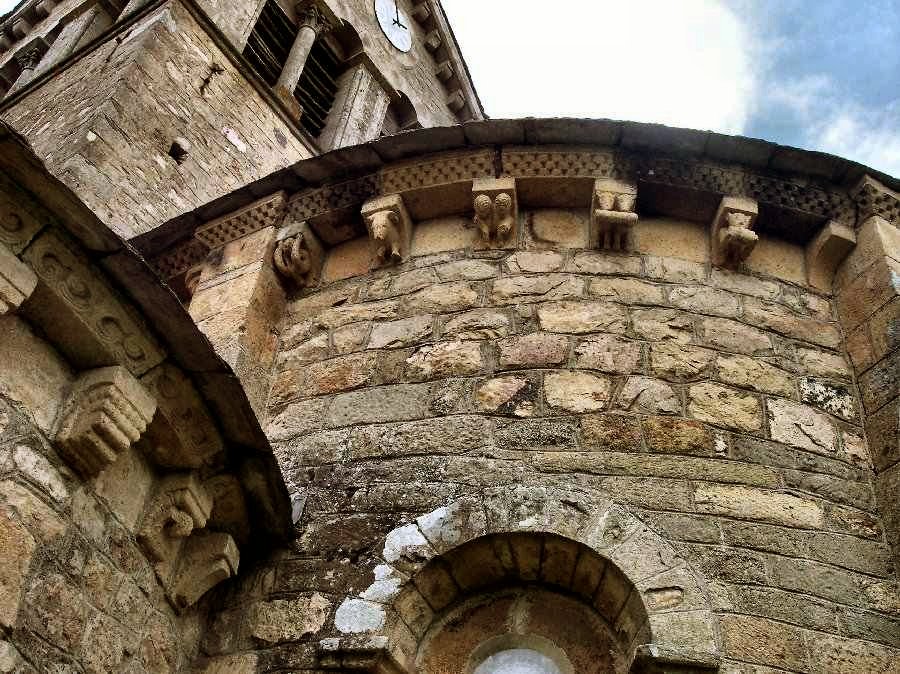 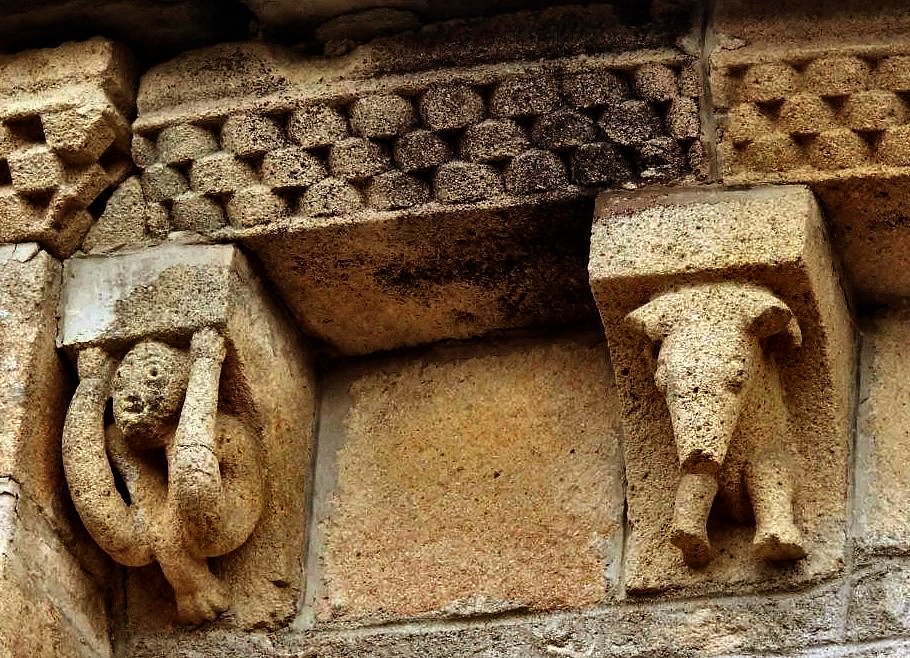 A view from the E. 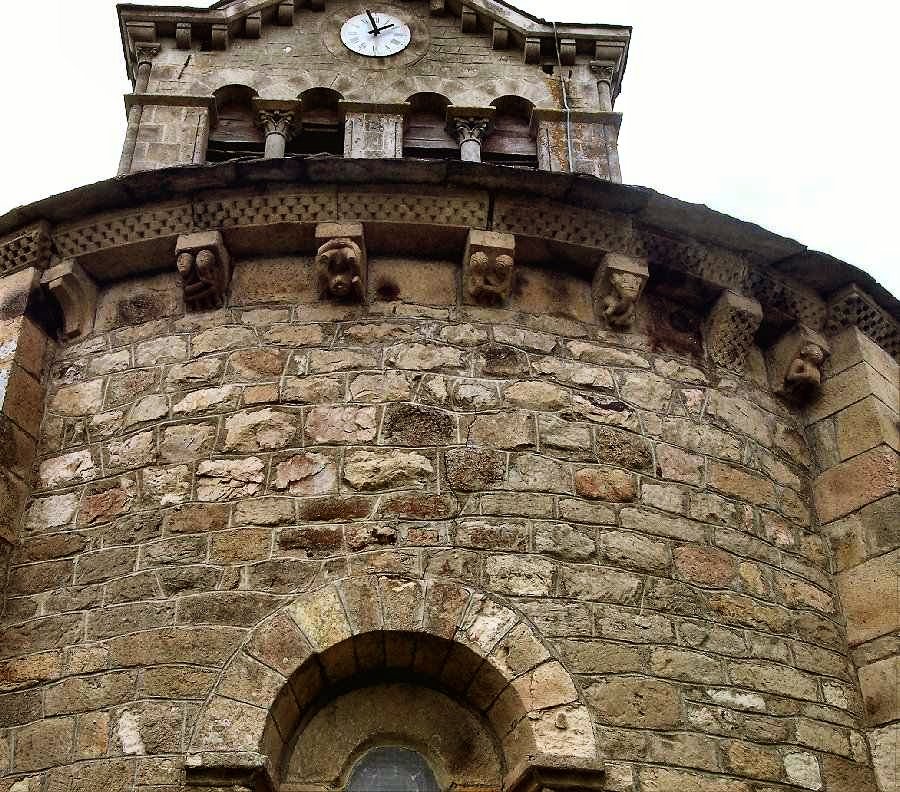 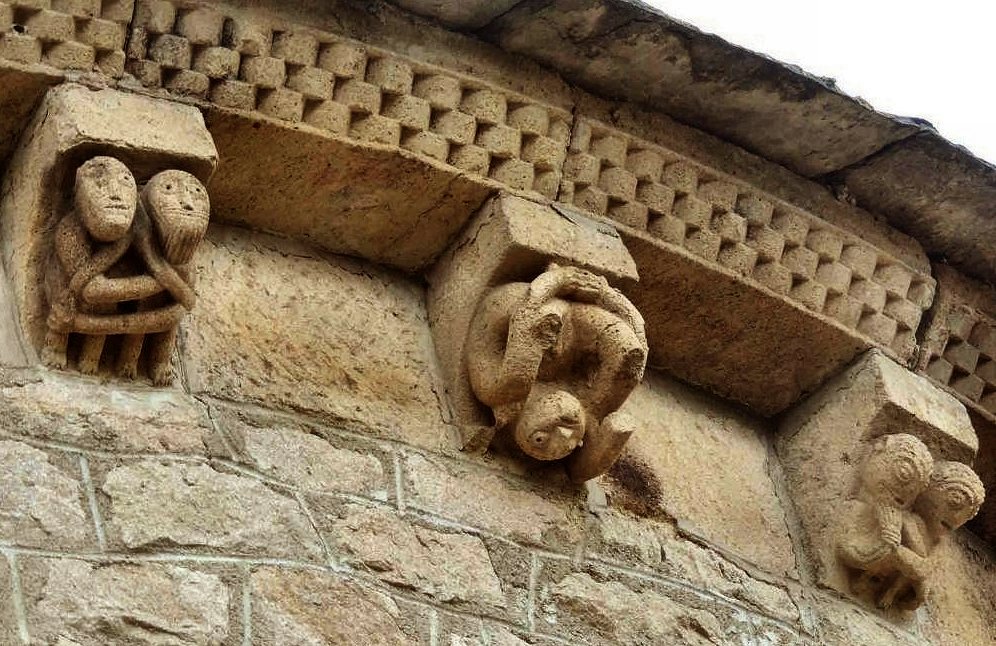 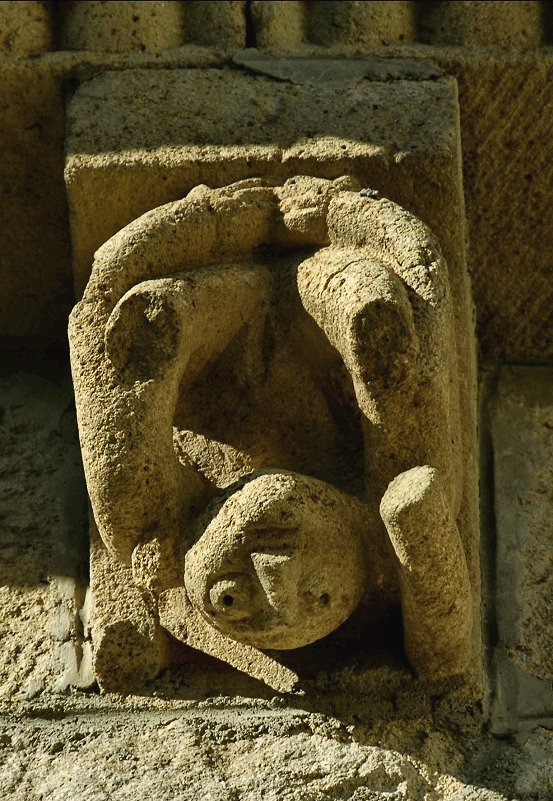 On the S side of the S absidiole: a rudimentary female exhibitionist on the right -
and what appears to be a pair of beetles on the left. 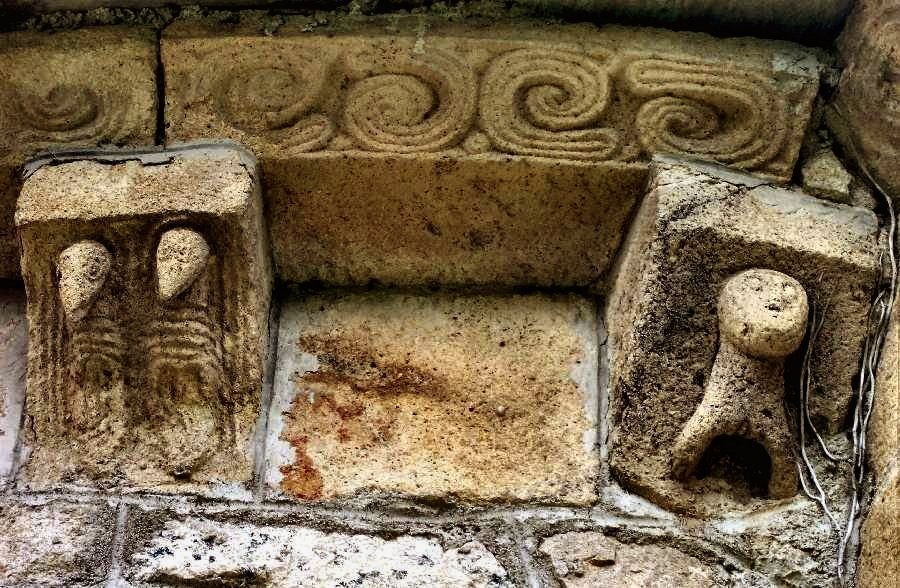 On the N side of the chevet is this rudimentary beard-puller, and a pair of pigs or bears biting a roll. 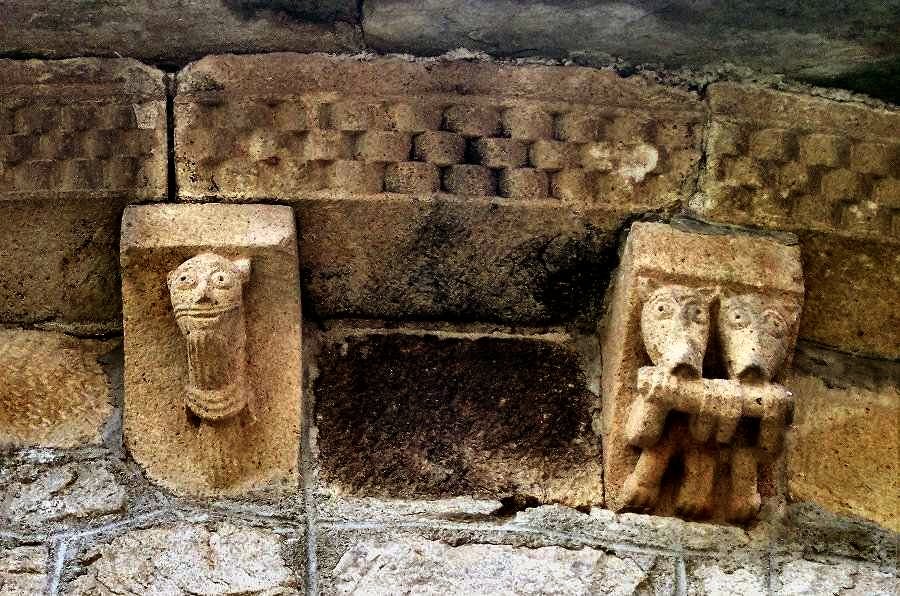 The acrobatic exhibitionist above the central (E) window is flanked by two pairs of figures, one of which features
a male pulling a female's long hair, while she pulls his beard. Both have impossibly long arms. 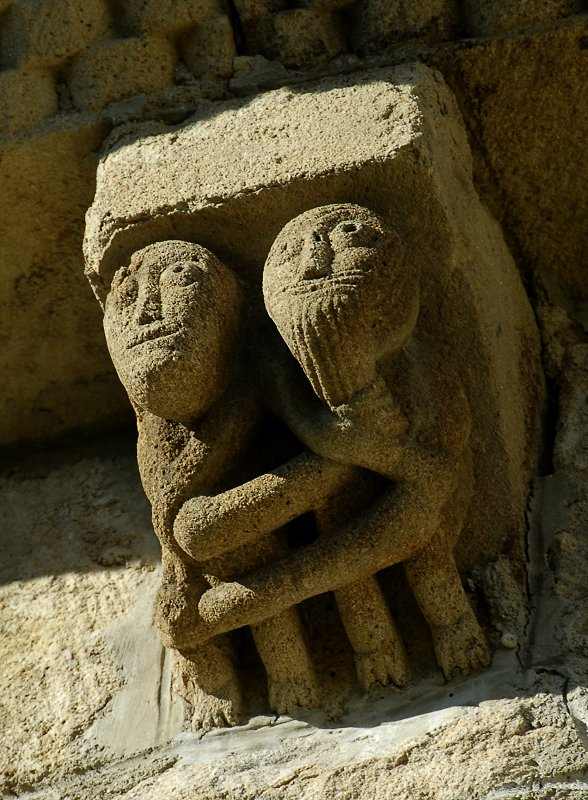 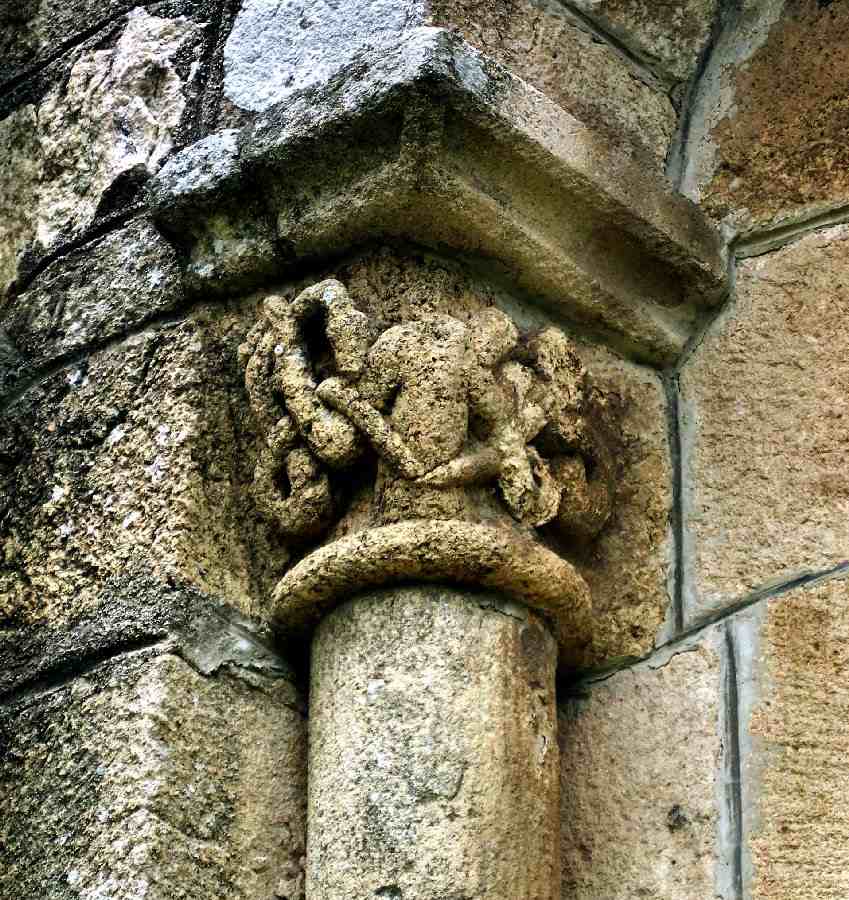 A more elaborate chevet is illustrated on the page devoted to Givrezac (Charente-Maritime).

A good example of an Aquitainian 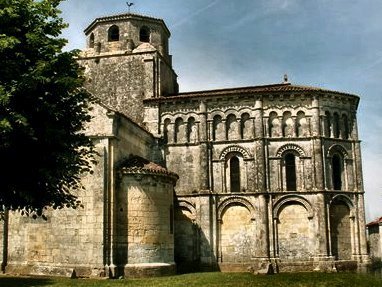 chevet with an independent absidiole
attached to the S transept.