This high corbel-table overlooks the town's market and the corbels are referred to by Rabelais
in Chapter 38 of the Fourth Book of Pantagruel, when, talking of the Serpent which tempted Eve, he declares that his name
was 'the Chitterling called Ithyphallus'. He goes on to say: 'If what I say stretches your Lordships' credulity,
then go, if it pleases you (after a drink or two), to Lusignan...where you will find solid witnesses of ancient renown..."

A close-up of the contortionist on the right, displaying buttocks, anus and penis with foreskin retracted.
This carving foreshadows the scatological misericords and roof-bosses of succeeding centuries. 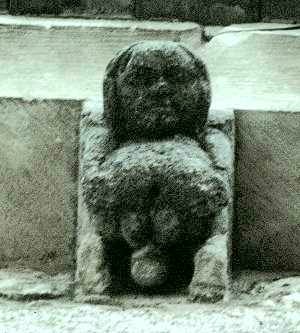 Lusignan is at the centre of the legend of Mélusine, a water-spirit who managed to marry Guy de Lusignan, Count of Poitou.

"The fairy Melusina…bore the count many children,
and erected for him a magnificent castle by her magical art.
Their harmony was uninterrupted until the prying husband broke the conditions of their union,
by concealing himself to behold his wife make use of her enchanted bath.
Hardly had Melusina discovered the indiscreet intruder, than, transforming herself into a dragon,
she departed with a loud yell of lamentation, and was never again visible to mortal eyes." - Sir Walter Scott, Minstrelsy of the Scottish Border. 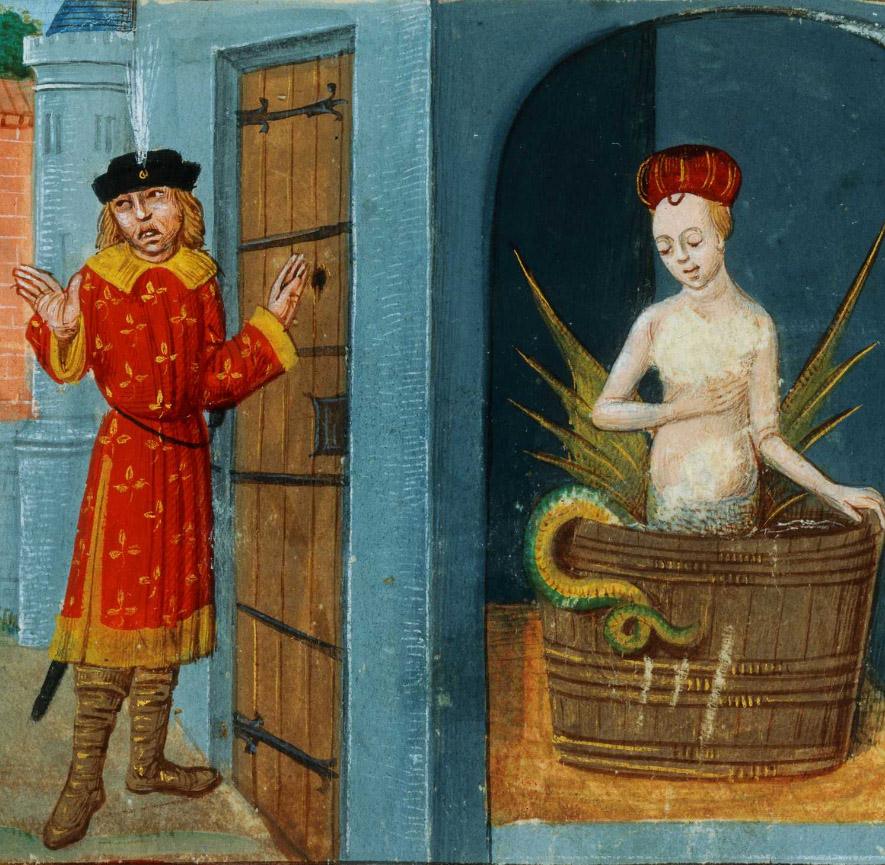