The male of this worn and damaged pair had a penis (since removed) attached with the aid of mortar,
which is unusual but not unique in Romanesque sculpture.
It is much easier to carve in low-relief than in extra-high relief to produce an erect penis: it stands to reason, so to speak.
In Romanesque contexts the penis is usually flat, either against the torso or between the legs.
The Malton penis almost certainly stuck out at a right angle, like a kind of mock sun-dial.

The carving now overlooks a car-park and public conveniences. 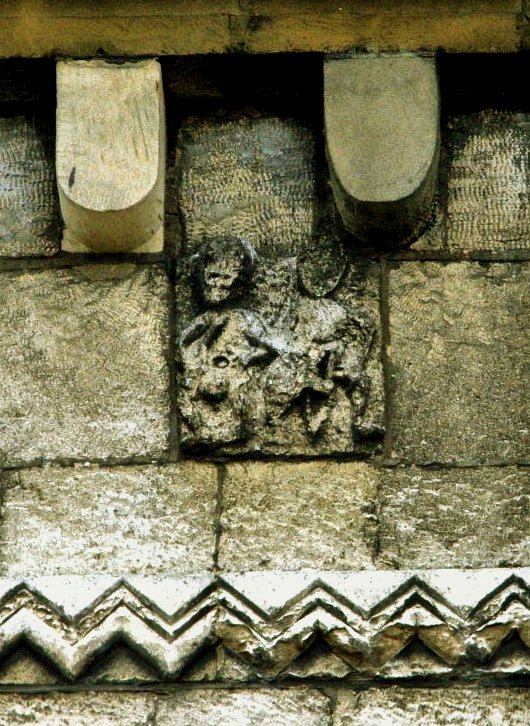 His purse-like scrotum is enormous, and he gropes the equally enormous vulva of his companion -
which is on a par with that at Oaksey (Wiltshire),

whose 'pudenda', like those of the Hag-goddess in the Irish saga Da Derga's Hostel, hang below her knees.

This scene is not a corbel nor part of a frieze, but a single panel below a corbel-table,
and it must have been considered important to place it on the church.
It can be seen, therefore, as a fore-runner of the Insular post-Romanesque exhibitionists
which occur without a context.