The female and male figures on the right-hand-side of the doorway are associated with infernal snakes,
and both have open mouths.
The central capital seems to depict lustful beasts as well.

Note that the male has one hand up at head-height in the Atlas (atlante) stance
(which is also a gesture in Indian dance)
while the other indicates his genitals - a stance common in the post-Romanesque English and Irish figures.
Compare this male figure also with the curious Irish figure at Ballycloghduff.

Many 12th century female exhibitionist figures are, unlike this one at Saint-Front-sur-Nizonne, acrobats
which perform the Atlas (supporting) function with their feet, while of course, displaying their genitals.
Such a figure is on the doorway of the church at Rabastens (Tarn). 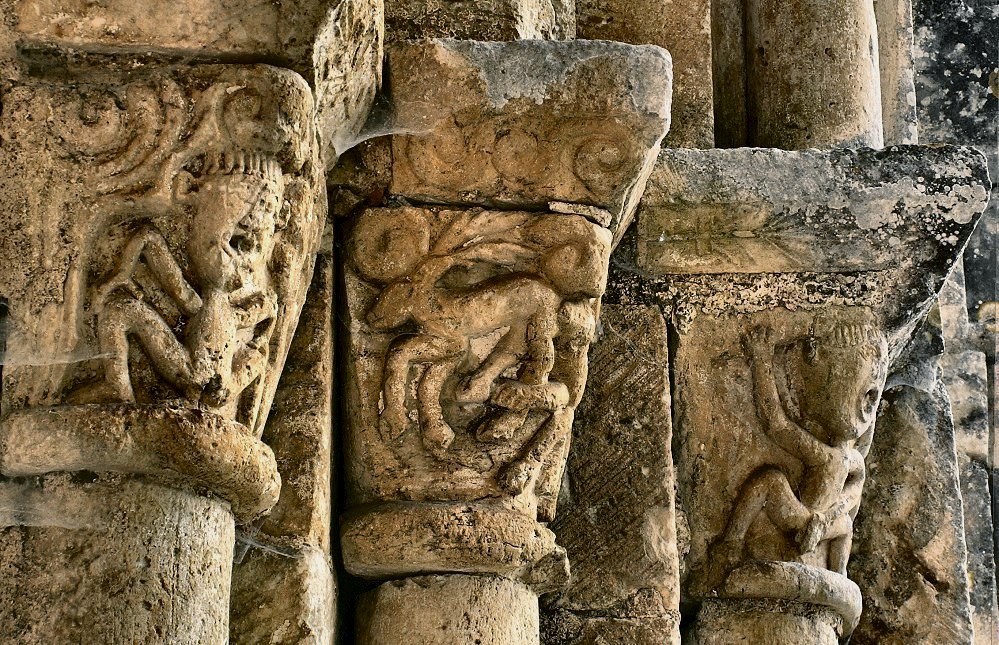 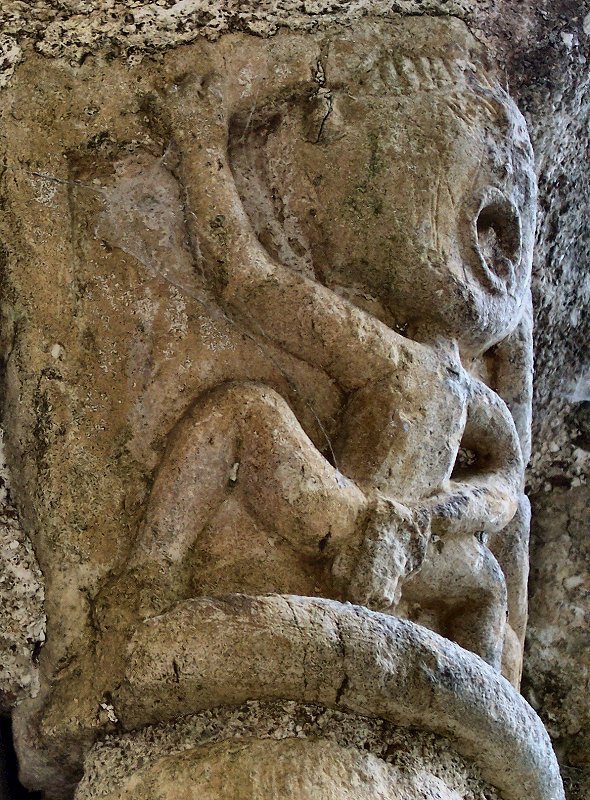 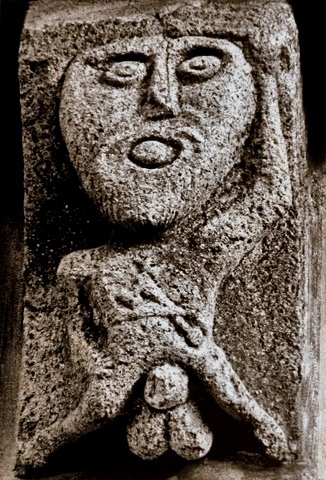 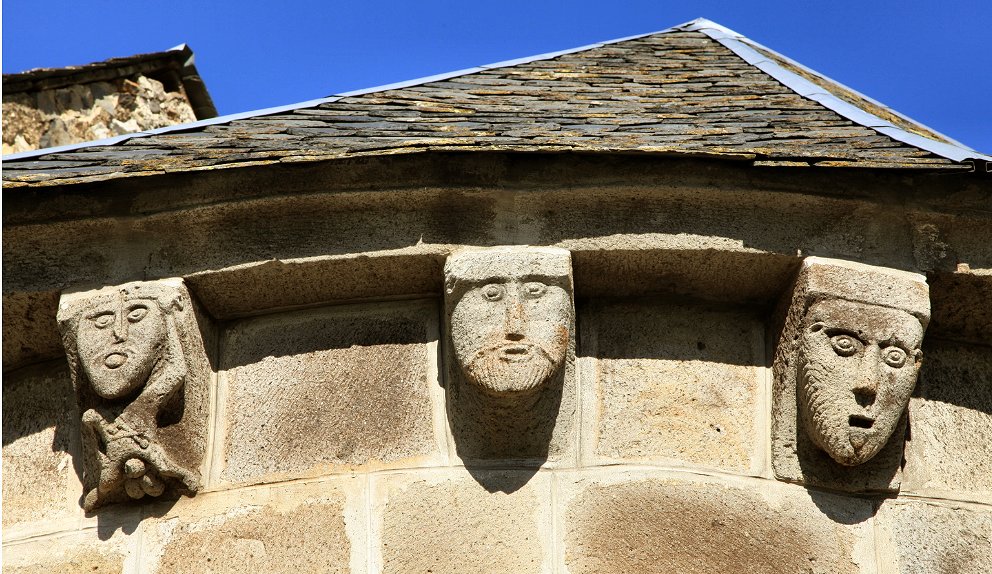 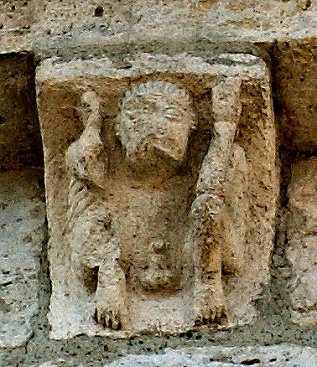 The hair-pulling mermaid on the other (N) side of the doorway is unusual in having bifurcated tails,
one of each pair ending in a volute which resembles a devouring monster. 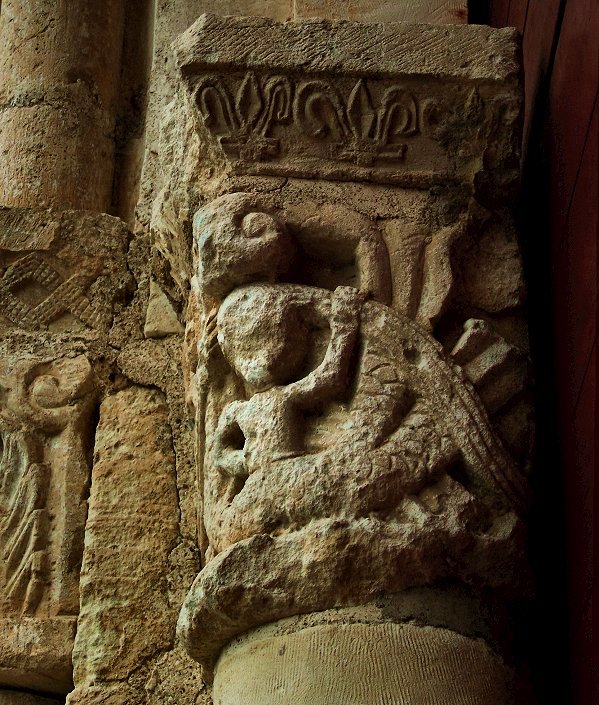 Between the exhibitionist figures on the S side, a collared hound attacks a stag, under a similar volute-beast-head.
Might this represent a condemnation of the sport of hunting pursued exclusively by rich landowners ?
(Usually, however, a hunting scene is interpreted in more fanciful, 'spiritual' terms.) 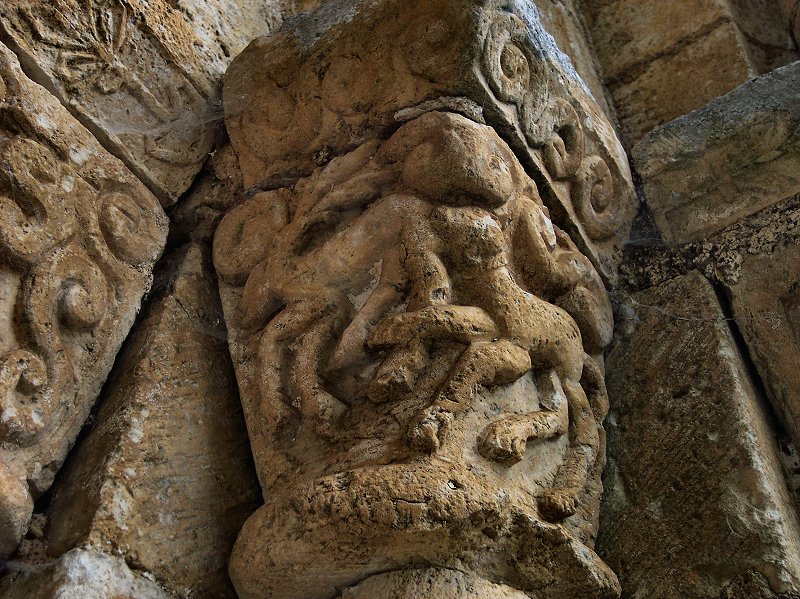 The South side of the doorway photographed thirty years earlier.

Snakes occur in other sinful contexts, as in this representation of Calumny in the church of
Saint-Génis-des-Fontaines (Pyrénées-Orientales). There are two pairs of heads on this capital.
A snake issues from the mouthof one calumniator and passes, wig-like, over his head,
does a zig-zag and passes over the head of his companion, and enters his mouth. 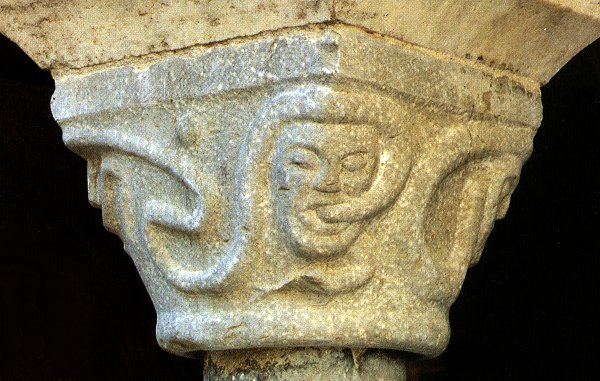