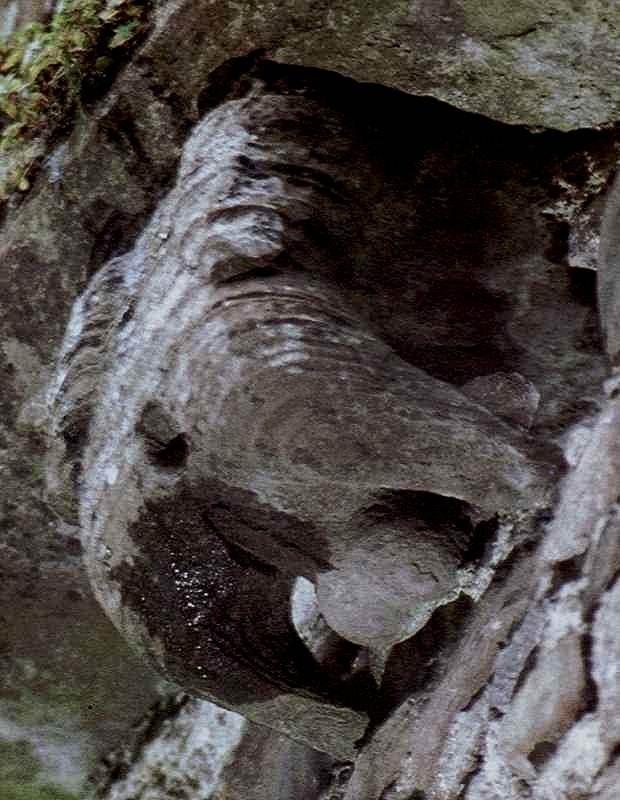 Compare with a very similar Romanesque corbel at Sablonceaux (Charente-Maritime), 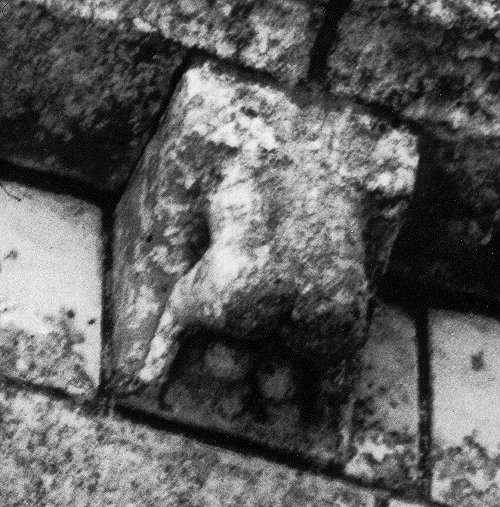 another, at Lussac-et-Nontronneau (Dordogne) representing the 'unnatural' sin of performing acrobatics... 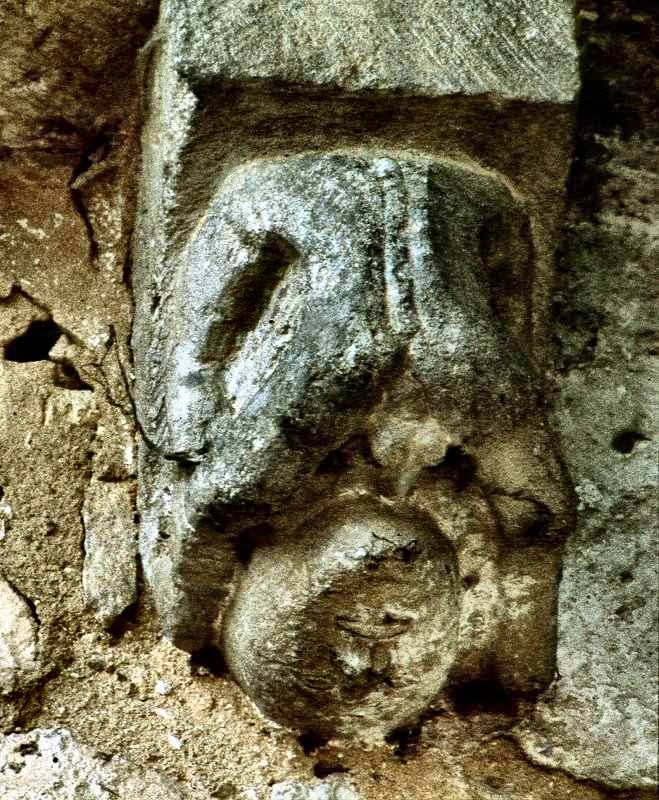 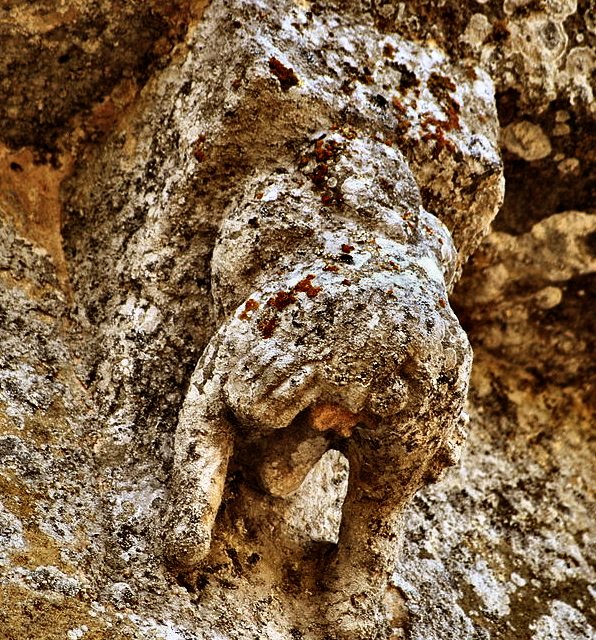 ... and several later figures with large scrota in Leicestershire, including: 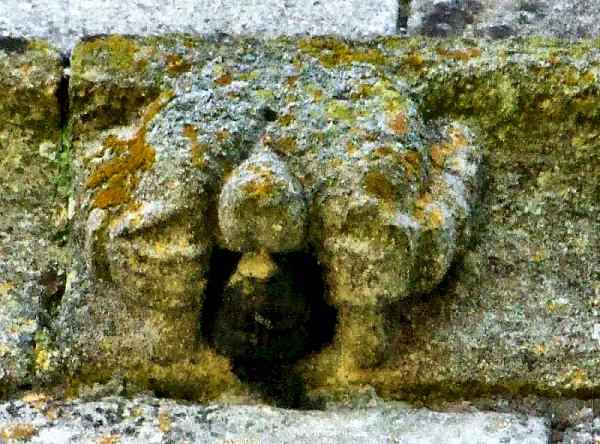 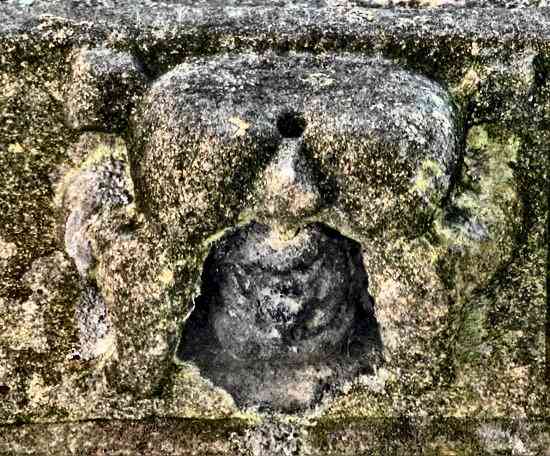 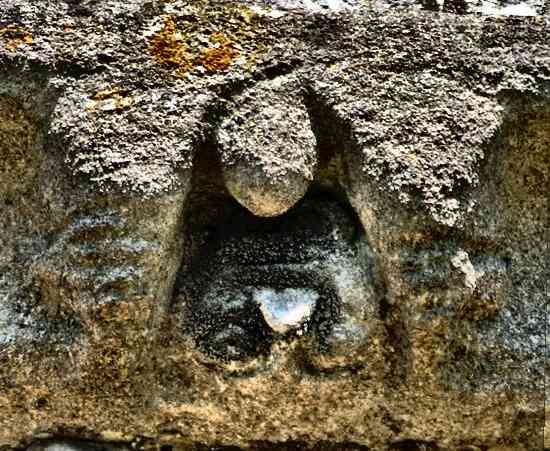 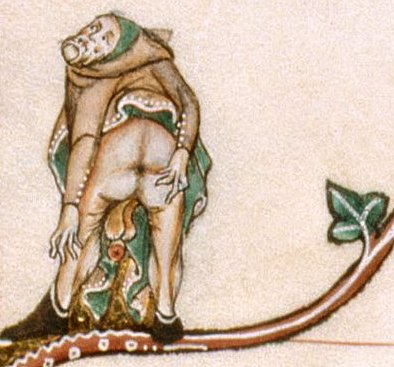 A similar satirical function was performed by a famous carving on the Old City Hall in Cologne. 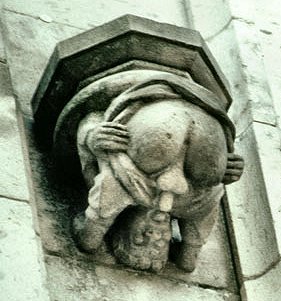 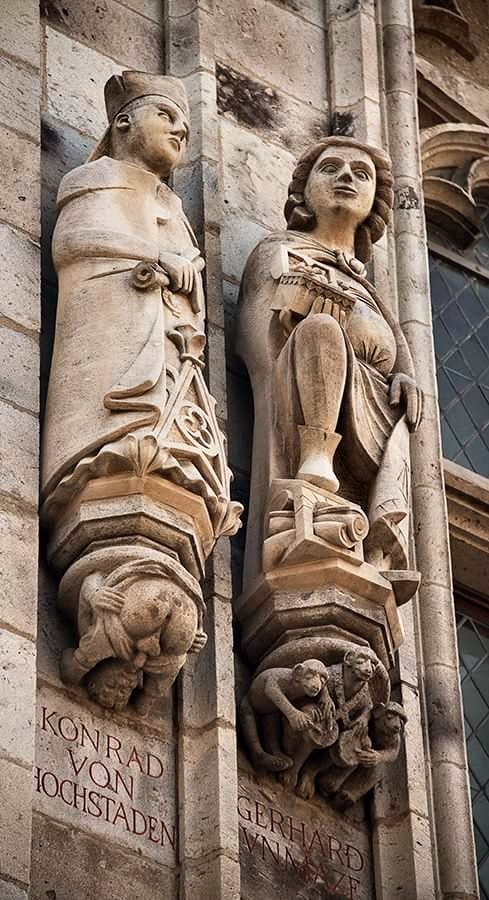 Konrad of Hochstadt was a very unpopular 13th century Elector of Cologne.
It seems that these sculptures are all post-WW2 copies of mediæval sculptures,
so the self-sucker and drumming monkeys at least were from the 13th century.
The big figures are more recent copies, because earlier ones were soaked in some acrylic resin to preserve them -
but instead, the resin started to shatter them, so they had to make new copies.

The monkeys may or may not represent Muslims (as Claudio Lange avers),
may or may not be 'cognate' with the motif of the Ass playing the lyre (Æsop fable).