The Porte des Comtes of this important church near the city centre has (rather-stained and battered) exterior capitals
which feature the two principal sins (Avaritia and Luxuria)
condemned especially by French, Spanish and English ecclesiastics in the twelfth century.

Toulouse was in the middle of "Cathar Country", over much of which Count Raymond IV famously held sway.
Streets are now named after him.

The Cathars did not have churches, nor a hierarchy.

Here is the woman living in debauched and arrogant luxury assailed by suckling serpents,
and gently (?) restrained by righteous women. 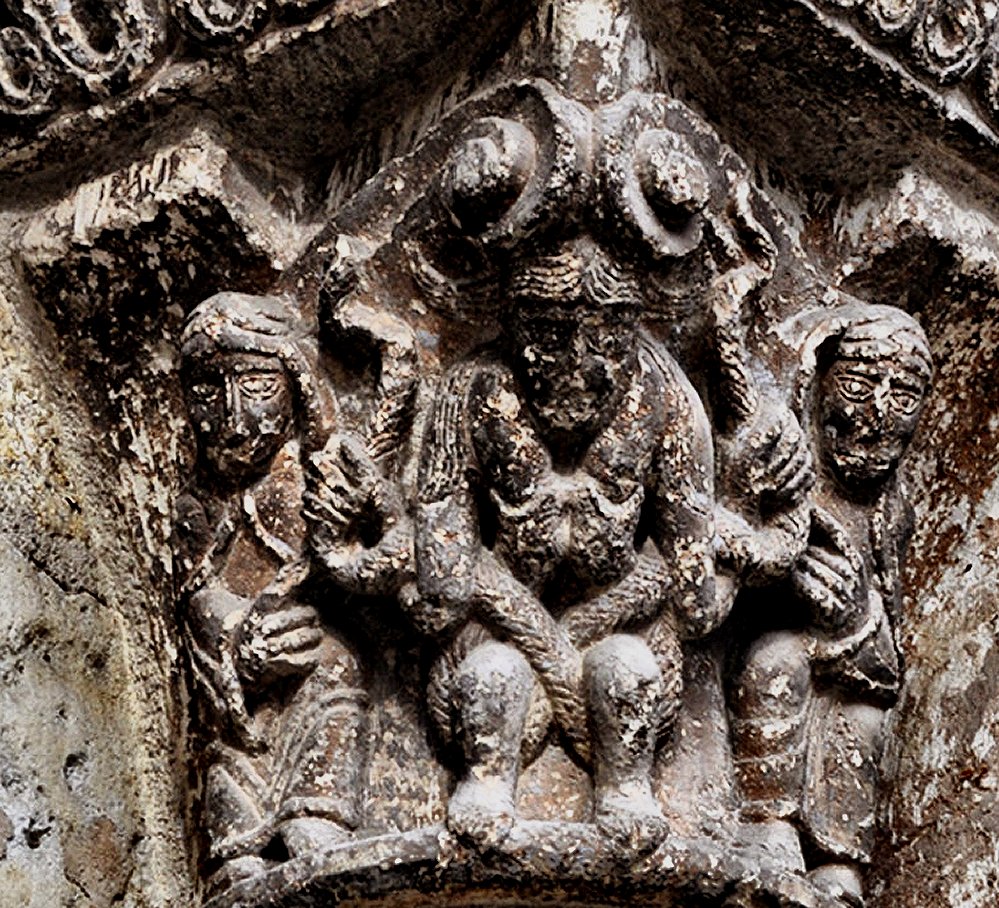 And here is her non-exhibitionist male counterpart grabbed and flagellated or beaten by demons. 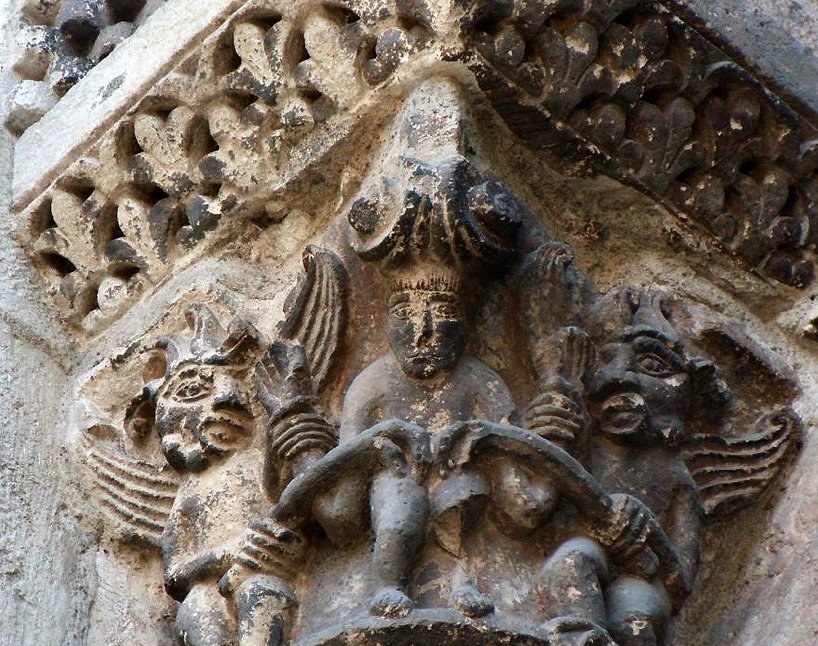 Here is the rich man with his money-bag flanked by demons about to carry him off to Hell. 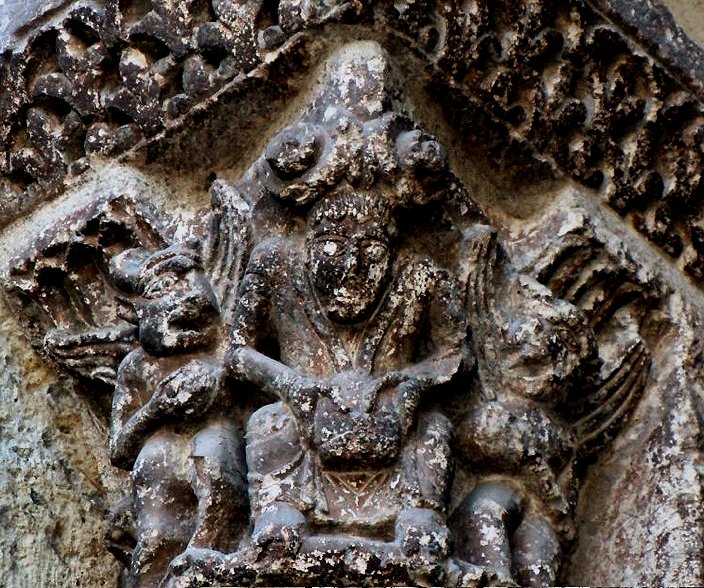 And here is Dives, the Rich Man of the parable, not feasting with his rich friends
- though maybe with his butler in attendance -
but with his TV or aircraft tray in front of him, guzzling
while the starving Lazarus (with halo) is comforted by dogs. 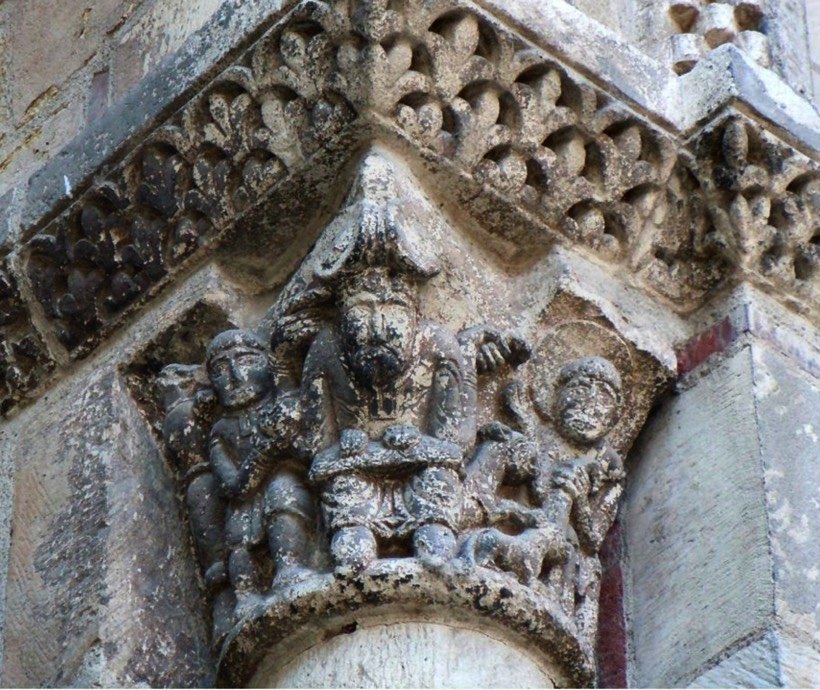 On another capital Lazarus is borne by two kneeling angels aloft to the bosom of Abraham on a litter.